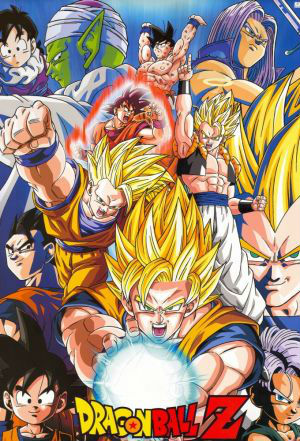 ‘Dragon Ball Z’ is the sequel to the popular Japanese anime series ‘Dragon Ball’, in which a young boy named Goku and his newfound friends traveled the world searching for the Dragon Balls and fighting off various evil forces along the way.

‘Dragon Ball Z’ picks up the story of Goku, but this time he’s a full grown adult. After a powerful force lands on the Earth, Goku must team up with his former enemy, Piccolo, in order to stop the evil or watch his planet be destroyed. After confronting the powerful being, Goku finds that it is none other than his own brother, Radditz, but he’s not human.
In the opening episodes of ‘Dragon Ball Z’, Radditz explains to Goku that he is actually a member of an alien warrior race known as the Saiyans, and that his original purpose in coming to Earth was to destroy it.  While surprised by this news, Goku is still set on destroying Radditz, who threatens to hurt the ones he loves, including his own son, Gohan. 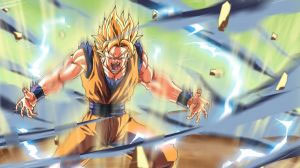 ‘Dragon Ball Z’ made its U.S. television premier on September 13, 1996, though the series first debuted in Japan in 1989. Produced by Funimation, the show began airing on Cartoon Network’s ‘Toonami’ programming block in 2003, where it steadily gained popularity. Though the final episode ran on April 7, 2003, the ‘Dragon Ball’ manga series as a whole continues to have major success.

Why spend more money then you have to? With our

FreeCast is announcing an agreement with Stingray,

It's Sunday so sit back and relax Get all your c

Never lose your place again. Save your best show

FreeCast and beIN SPORTS are announcing an agreeme

Bring your TV with you. Watch through all your favorite devices with SelectTV 💙

SelectTV gives you everything you wanted from TV - without the cable bill.

Don't believe us find out what customers are saying 💙

Sit back, relax and turn on your favorite show or movie with SelectTV 💙

Why spend more money then you have to?

With our content marketplace, you can find any Pay-Per-View movie or show you want with the cheapest options to buy it.

Find out more through SelectTV 💙