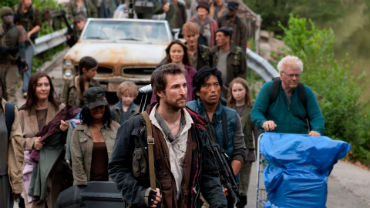 Taking place six months after an alien invasion, which wiped out Earth’s compounded militaries and most of its population, ‘Falling Skies’ is a science-fiction drama series that follows the lives of a handful of survivors in a post-apocalyptic world. Together, the group of survivors forms a militia and tries to escape Boston. Show creator Robert Rodat teamed up once again with producer Steven Spielberg, after the two achieved much cinematic success together with ‘Saving Private Ryan’.