LAS VEGAS, NV, January 12, 2012 /24-7PressRelease/ — If this year’s CES has proved one thing, it is that web television will soon be revolutionizing the way we choose visual media. Many device manufacturers are at the expo to show off their web TV offering – and freecast.com is proud to be providing a platform that powers their devices. 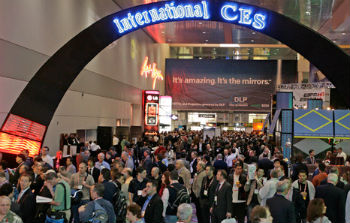 freecast.com removes the need for Web TV apps to be built on a channel-by-channel basis, instead delivering over 7000 channels directly from the Internet. The technology is perfect for manufacturers introducing WiFi and web-enabled television sets to the market.
CES 2012 has been graced with manufactures and devices including Azend Group’s Web2TV3D, SyaBas Technologies PopBox, DGP Distribution’s LilyPad and 3D TruOptix, and well as other OEM manufacturers, all partnering with freecast.com to deliver a web television service that doesn’t require any software or boxes.
“We see a tremendous amount of manufacturers and products coming into the market that will upgrade our existing TV’s/Flat Panels/LCDs to web TV-enabled devices including HD and 3D. freecast.com instantly provides an easy-to-use guide to all the accessible media content on the Internet. We also recognize the new WiFi TVs and will build out our platforms to accommodate them as well!” says William Mobley, President of freecast.com.
freecast.com’s channel guide brings full TV shows, movies, music and sporting events directly to the web-enabled device, without the need for users to register with each content provider. The company already impressed the market last year by developing a Facebook application to allow users to watch web television while continuing to use the social media site.
While freecast.com’s main CES focus is on the web-enabled television platform, their expansive channel guide is also compatible with a myriad of other devices including PC, Laptops, Mobiles, Tablets and Gaming Systems.
With over 1.5 million new video files crawled and categorized each day by freecast.com, Mobley is naturally excited about the future. “Our next move will be Samsung Smart TV, Vizio, and Google TV multi-channel apps, in the next 30 days concluded Mobley.”
To find out more about FreeCast, please visit: https://freecast.com.
About William Mobley
Mobley’s experience would suggest he knows at least a few things about the Internet television marketplace, having launched MegaChannels.com in 1999, which quickly grew to serving over 800,000+ streaming videos per day, while also partnering with several major studios’ content when the average modem speed was 56k-128K . All of this took place at a point in time when Yahoo was averaging 2M visitors per day, in comparison.
https://freecast.com
http://apps.facebook.com/freecasttv