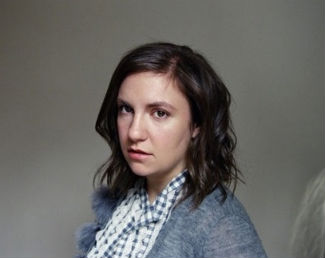 Before its premiere episode, HBO’s ‘Girls’ received relatively high praise from TV critics, but since the pilot aired the series has been drawing some controversy. The most popular criticism of the show has been the claim that the characters lacked diversity; more specifically, all four of the main characters are privileged white girls.
In a recent interview on NPR’s ‘Fresh Air’, the show’s creator and star Lena Dunham spoke out about the fact that she didn’t write any black characters into ‘Girls’ first season.  Her main point in the interview was that she didn’t know enough about the life of an African-American girl to be able to authentically portray what their experience would be like:
“I am a half-Jew, half-WASP, and I wrote two Jews and two WASPs. Something I wanted to avoid was tokenism in casting … Not that the experience of an African-American girl and a white girl are drastically different, but there has to be specificity to that experience [that] I wasn’t able to speak to. I really wrote the show from a gut-level place, and each character was a piece of me or based on someone close to me. And only later did I realize that it was four white girls.
As much as I can say it was an accident, it was only later as the criticism came out, I thought, “I hear this and I want to respond to it.” And this is a hard issue to speak to because all I want to do is sound sensitive and not say anything that will horrify anyone or make them feel more isolated, but I did write something that was super-specific to my experience, and I always want to avoid rendering an experience I can’t speak to accurately.”
While some may still be bashing the young writer/director, her explanation seems perfectly reasonable.  What makes ‘Girls’ so unique is the extremely personal level at which it deals with its main characters, and this deep intimacy is a product of Dunham’s real-life experiences. If she had attempted to do the same with a black character, she probably would have ended up offending the African-American community even more with a misrepresentation of their experience.
In the end, Dunham was bound to receive criticism on her show for one thing or another, but anyone who’s actually seen the show has to admit that it’s one of the most authentic shows on TV. Sure it lacks diversity, but in many ways that’s more realistic than the blatant tokenism we see in most TV shows these days.