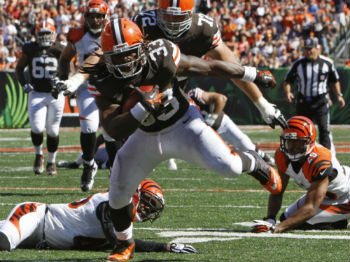 It’s Thursday and you know what that means. It’s time for some NFL football! And this Thursday Night Football matchup between the Cleveland Browns and the Baltimore Ravens could be the best one yet with the announcement that the REAL officials have reached a deal with the NFL and will be returning to action. NFL players, fans and coaches reached their boiling point after the Monday Night Football debacle.
Roger Goodell and the NFL had no choice but to give in to the real officials’ requests and restore the integrity of the game. Fortunately, NFL fans can watch the Ravens vs Browns live online for free as the real league officials get back to work on the football field Thursday night.
With the help of NFL.com and FreeCast you can watch Cleveland at Baltimore and several other Thursday Night Football matchups live online, absolutely free all-season long. Just visit FreeCast’s Live Events page and click on the link for the Browns at Ravens live stream.
It will be a quick turnaround for the Ravens, who defeated the New England Patriots on Sunday night and that’s about as good of news as the Browns could have hoped for. Cleveland has lost its last eight games against Baltimore and perhaps the only advantage they have in this one is that the Ravens could possible show some fatigue. Watch the Browns at Ravens live online for free to see if the quick turnaround has any effect on 2-1 Baltimore.
Joe Flacco and the Ravens offense have been impressive so far this season, leading their conference in scoring with 98 points heading into week four. Flacco is second in the NFL and first in the AFC with 913 passing yards and has a QB rating of 101.1. Ray Rice Torrey Smith and tight end Dennis Pitta have had a lot to do with Flacco’s success early on. 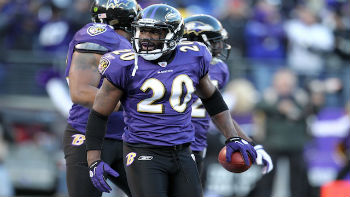