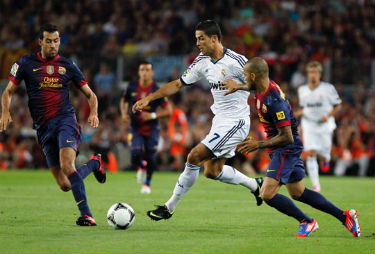 Barcelona got the best of Real Madrid in the first leg of the Spanish Super Cup last week with a 3-2 victory, but now Real Madrid is playing on its home soil and would like nothing more than to even the score in the second Clasico football match of the season.
If Real Madrid is able to tie the season series 1-1, it will only add more hype to their third meeting of the season with Barcelona, which will take place five weeks from now.