The Simpsons are from Oregon? 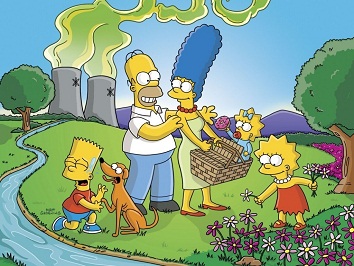 Over the years, fans of ‘The Simpsons’ have asked one question: Where the hell is Springfield? Is it Springfield, Illinois? Massachusetts? Missouri? New York? With 52 Springfield’s in 35 states, it seemed like this would be a TV mystery for the ages, and the conflicting hints dropped by ‘Simpsons’ creator Matt Groening over the years only added to the frustration.
In an interview yesterday with Smithsonian Magazine, however, Matt Groening finally revealed the inspiration for the home of America’s favorite family, and it’s Springfield, Oregon, a place just a few dozen miles from Groening’s hometown of Portland.
While this is certainly exciting for fans of the show, it doesn’t mean that the Simpsons are actually supposed to be in Springfield, Oregon; it was just the inspiration. In fact, Groening chose the town’s name because there are so many Springfield’s throughout the U.S., and the true locale of the town has acted as a running joke over the years, with the show’s characters occasionally dropping clues that could apply to several locations.
In yesterday’s Smithsonian interview, Groening explained his reasoning for making the Simpson’s true whereabouts so ambiguous: “In anticipation of the success of the show, I thought, `This will be cool; everyone will think it’s their Springfield.’ And they do.”
You can find new full episodes of ‘The Simpsons’ to watch for free with freecast.com’s Channel Guide.