The pay television industry is rapidly evolving. Recent studies have shown up to 50% of adults over 32 will not pay for TV in the future. Consumers are interested in getting content at lower prices and in more convenient ways.
FreeCast, the parent company to Rabbit TV, was launched five years ago in anticipation of this trend. I conducted a written interview with FreeCast CEO, William Mobley, to better understand this evolving market.

Shane Paul Neil: Apple’s Tim Cook and Time Warner’s CEO Jeff Bewkes have both called TV “broken.” Do you agree with that assessment, and these companies’ approaches to the future of television?

William Mobley: It’s no secret, everyone in this industry knows that TV is going to change. Many companies are afraid of that, but Apple and Time Warner are two companies that see the opportunity. And at FreeCast, we’re probably the most excited about that because whatever they come up with, we’ll be able to make it a part of our offering. Time Warner is a content producer, and they’re transitioning to be less dependent on declining cable revenue while having a direct relationship with consumers through products like HBO Now.
Apple recognizes, like we do, the need for a single marketplace for content creators to offer their content to consumers in direct transactions without a middleman, either on a pay-per-view or subscription basis. While Tim Cook sees Apple’s app store as that platform, we’re focused on building media-specific sandbox, tailored to the needs of content producers, just as friendly to their interests as to those of the consumer.
SPN: How do you see mobile devices shaping industry trends?
Mobley: We now carry full blown computers around in our pockets. Smartphones today have high definition screens and can get internet service all over the world. It’s only natural that consumers would want to watch TV on these devices, and all of the content is already in a digital format, so there’s no reason that they shouldn’t be able to. Why should the television experience be tethered to a while or require a clunky box in 2015?
That’s outdated thinking, and consumers know it. Online video can be accessed from all kinds of devices and locations, and we’re making sure Rabbit TV is everywhere too. Rabbit TV Plus is our premium web-based service that’s accessible from any device with a flash browser. On Android and iOS, we have free mobile apps, as well as our Facebook app, Rabbit TV Lite, which is also free to use and offers access to over 500 streaming channels.

SPN: Does that mean that the cable TV companies of today are the travel agencies of tomorrow?
Mobley: While virtually everything available on cable and satellite TV subscriptions is also available on the web, and online most of this content is delivered in a video on-demand format. This is far more convenient for consumers, works better with mobile devices that the public is now using more than ever, and much of it is available for free, supported by ads. Meanwhile the price of cable TV has skyrocketed, far faster than inflation or household incomes have.
Consumers are paying more and more for a product that’s less convenient, and they’re wising up to it. They’ll continue to rely on these companies for internet service, but the way that they get their entertainment is already changing drastically and will continue to.
SPN: How was FreeCast able to foresee trends in the TV industry and use that to create a product?
Mobley: What’s happening in the TV industry is the same thing that’s happened to other businesses impacted by the internet. Retail, travel booking, newspapers. Once upon a time, local vendors were the only option consumers had. Once they could start shopping and consuming content online, they could get better options and prices. Brick and mortar businesses that depended on high markups couldn’t do that anymore.
Cable and satellite TV are the brick and mortar businesses of the TV industry, and just like the others, they’re coming to grips with the fact that they aren’t the only options for getting video service anymore. So we built something like the Amazon.com of video; a service that puts a multitude of video products together from different sources to give consumers access to them all from a one-stop-shop, so they can get exactly what they want at the price they’re willing to pay.
SPN: Why is Rabbit TV’s approach different from Netflix, Hulu, and other subscription services that we often talk about as cable TV’s killers?

Mobley: Netflix and Hulu are subscription libraries of a smaller collection of titles. They license content and charge users for access to it. Rabbit TV is a guide or an aggregator of all freely available and pay-per-view media. We don’t pay to license content, we search, discover, and connect you to all the sources where you can find the content you’re looking for, allowing us to offer literally everything, where Netflix and Hulu can’t help you find anything that they don’t carry.
SPN: So what’s the advantage for consumers to using an aggregation service like Rabbit TV as opposed to sticking to Netflix-style libraries?

Mobley: Because consumers usually want to have it all. And with the library approach, it becomes too much to manage. Think of your average cable package: even the lowest tiers now come with hundreds of channels. Most people only watch a dozen or so, and wish they could opt out of the rest to save a few bucks.
Getting television from the internet solves that problem, but it has more content sources than any cable TV subscription possibly could. Navigating the entertainment options on the web is even more complicated than dealing with 800 channels. If you want to watch the latest episode of a show like Game of Thrones for example, but don’t know off the top of your head where to find it online, what do you do? Typing it in on Netflix won’t turn it up. You can try Hulu next and still have no luck. Right now the answer is often a Google search. Can you imagine having to go through a process like that on your cable TV box?
We’ve streamlined that process on the web, making it more like cable in the sense that there’s one easily navigable guide that will allow you to browse everything, movies and TV shows from every decade, live sports and events, streaming channels, and more. You can search for what you want, access content on demand, and watch whatever you want without having to waste time hunting for it, all for just $10 a year.
SPN: Can the internet replace really cable television for diehard TV fans?

Mobley: Online you can find almost all of your favorite shows, movies, live events, and more that you watch with your cable subscription. Many cord-cutters already take advantage of Netflix, Hulu Plus, HBO Now, and other such services. With Rabbit TV, you can search, browse, and manage what you want to watch from one service, rather than juggling multiple, essentially replicating the cable TV experience for the web, making replacing cable TV not just possible but easy. 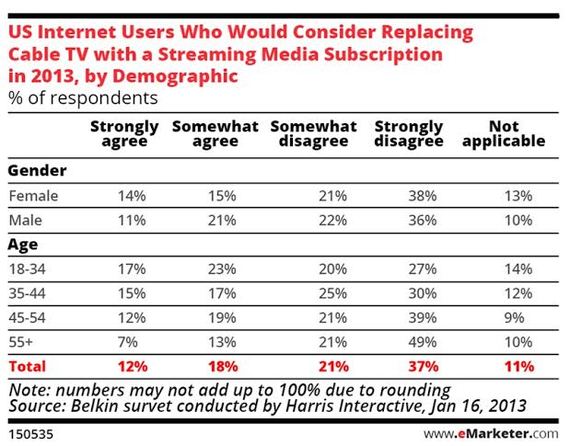 SPN: What about local TV stations? Currently, there are very few local stations streaming their content online. Will cord-cutters simply miss out on news from their own neighborhoods?
Mobley: Many companies are already working on that. Apple is one of them. CBS has a streaming service of their own. That’s a problem that will get solved eventually, and when it does, we’ll be first in line to offer that local content to consumers. In the meantime, what we do is provide Rabbit TV Plus members with free HDTV antennas that they can use to receive all of their live local television stations, at no charge.

SPN: What’s next for the TV industry? Where is this transition taking us?
Mobley: Consumers are being put in control of their entertainment options. Where we’re headed is a world where everyone can access whatever video they want to watch, music they want to listen to, or game they want to play, from any location or device. Best of all, it won’t be overly expensive, and it won’t be a total hassle. The products and technologies are far from perfect today, and the incumbent media industry players still carry a lot of weight, but that’s the direction that we’re obviously moving in with the incredible popularity of SVOD services like Netflix and yes, even Rabbit TV. Getting there might be messy, but it’s hard to see the industry stop moving in that direction, try as everyone might to preserve the current cable-bundle-based system.
Read on The Huffington Post