Click Here to Watch the Jets vs Texans Live Online 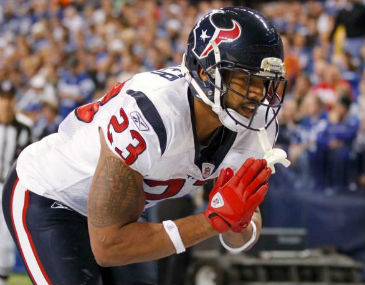 This week’s Monday Night Football matchup between the Houston Texans and the New York Jets has ‘blowout’ written all over it. While the Texans have looked like a Super Bowl-caliber team so far with a perfect 4-0 record, the Jets have looked about as bad as anyone, with no offensive rhythm whatsoever. Of course, that could all change on the Monday Night Football stage so football fans will want to be sure to watch the Texans at Jets live online for free beginning at 8:30pm ET.
To watch ESPN’s Monday Night Football live online for free, just visit FreeCast’s Live Events page. There, you’ll see a link for the Monday Night Football live stream which you can click on to start watching the Texans vs Jets live online, absolutely free.
The New York Jets come into Monday night’s games against Houston ranked 28th in the NFL in passing yards per game (197.5) and 25th in rushing yards per game. Although the Jets have been more known for their defense in recent years, they rank second to last in rushing yards allowed per game (172.8).
The Texans, meanwhile, have a high-powered rushing attack behind superstar running back Arian Foster that ranks seventh in the NFL. Watch the Jets vs Texans live online for free as Foster tries to run wild at MetLife Stadium in New York.
Things were already looking bad for the Jets before they lost both Pro Bowl cornerback Darrelle Revis and No. 1 wide-out Santonio Holmes for the season. To say that Mark Sanchez and the New York Jets offense has struggled so far this season would be a drastic understatement.
Just last week the Jets were shut out 34-0 by the 49ers as Sanchez threw for a measly 103 yards. He also completed less than 50 percent of his passes for the third game in a row. Watch the Jets vs Texans live online with FreeCast to see if Tim Tebow ends up replacing Sanchez at some point during ESPN’s Monday Night Football.
Sanchez should have a very difficult time throwing the ball against the 3rd-ranked passing defense in the NFL. Houston cornerbacks Danieal Manning and Kareem Jackson have given opposing quarterbacks fits this season, while defensive end JJ Watt has been arguably the most impressive defensive player in the NFL so far. He’s recorded a sack in four consecutive games and leads the NFL  with 7 1/2 sacks overall. Watch the Texans vs Jets live online for free to see if Watt can make it five consecutive games with a sack.
Barring a major upset, Matt Schaub, Andre Johnson and Arian Foster should be able to lead Houston to a win on the road against New York with little complication.
To watch the Texans at Jets online live for free just remember to visit FreeCast. On our Live Events page, you’ll see an ESPN’s Monday Night Football live stream link that you can click on to begin watching the Jets vs Texans live online, absolutely free.