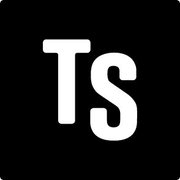 ORLANDO, Fla., May 9, 2014 /PRNewswire/ — After exploding onto the web TV scene by amassing millions of members less than 18 months following its launch, Rabbit TV’s operating company FreeCast Inc today announced a crucial move toward becoming a frontrunner in the industry. The company has named Christopher Savine, former SVP/CFO of Time-Warner/Netscape/AOL, RR Donnelly, and Cenveo, as their new Chief Financial Officer, part of an aggressive strategy to further establish itself as a leader in the Internet TV space.

Savine, who will oversee financial operations, joins FreeCast from his previous position as EVP/CFO of Cenveo, where he reworked the company’s organizational structure to generate over $100M in cost savings. Prior to his tenure at Cenveo, Savine served as EVP on the management team at RR Donnelly, where he oversaw a series of high-level acquisitions to help grow the company from a $2B operation to a global organization worth over $8B. As CFO of Netscape in the early 2000s, Savine successfully integrated the company into the Time Warner/AOL family, where he later served as Senior Vice President of Finance, spearheading profitability strategies and developing a business model for the profitable transitioning of members from dial-up to broadband.

He joins FreeCast as it looks to capitalize on the continuing success of Rabbit TV, a web-based eMedia guide which has become one of the fastest growing Internet TV services in the world, with a paid subscriber-base of over 3 million. With Savine’s experience and savvy combined with the service’s widespread appeal and enormous potential, the company looks to take a front spot in the industry alongside leaders Netflix and Hulu.

“Savine is the perfect person to bring FreeCast Inc to the attention of the financial markets, commercial networks and online media sectors. We are very fortunate to have him on board,” says William Mobley, CEO of FreeCast Inc.

Mobley also revealed that the company is already in discussions with other top C-level executives in the entertainment industry, with several more exciting announcements soon to follow.