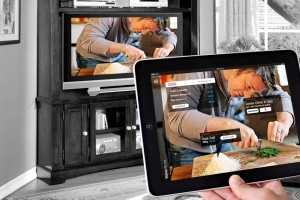 The way we watch TV is rapidly changing, but some media organizations are refusing to adapt.

The Internet has become an integral part of everyday life, and in turn the way we view entertainment, news and events is being altered forever. Consumers today want the ability to watch what they want, when they want, no matter where they are, whether it be on their computer, tablet, or mobile device, and recently a number of media groups have caught on to this trend by providing online coverage of their programming, embracing a concept that’s being called ‘TV Anywhere’.
Thanks to these trendsetters, we at FreeCast have been able to bring our users live streams of some of the biggest events of the year through our website and Facebook app, including the Super Bowl, the GRAMMYs, NBA All-Star Weekend, and as of last night, the Academy Awards. Unfortunately, there are still a number of media outlets that are resisting the inevitable integration of the television industry with the online world.
Even in the coming weeks, we see an example of this resistance, as several of the networks covering this year’s March Madness will not be offering a free stream of the games to online viewers. This is actually a step back from last year, when all of the games were offered online. What ever happened to networks wanting more viewers for their content?
Last night, ABC chose not to offer live coverage of the Academy Awards, but they did provide Oscar viewers a ‘Backstage Pass’ to the award ceremony, for which we applaud them, but for some reason they did not make the public aware of their coverage until just before the ceremony began. One wonders why they would go through all the trouble of setting up press cams, thank-you cams and even a ‘bar cam’ if they didn’t want anyone to know about it. Which brings us back to the question: isn’t the goal of any content provider to get more eyeballs for their content?
Before long, resistors to the online media revolution will realize that the viewer is king, and in the meantime a new generation of ‘cord-cutters’ is abandoning these networks’ outdated offerings along with overpriced cable/satellite packages in search of cheaper and easier viewing alternatives.
Only once these content providers begin to embrace the ‘TV Anywhere’ model will they see how important it is for modern consumers to be able to view content on their computers and mobile devices. If they don’t make this connection soon, there’s a good chance they’ll be left in the dust by those media groups who understand and respond to the rapidly-changing television market.