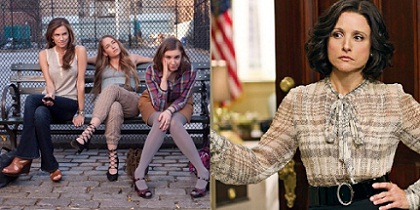 In the next two weeks, HBO will be rolling out its two newest original series ‘Girls’ and ‘Veep’, both of which have received pretty heavy praise from critics. You want to watch the premieres, but you don’t have an HBO subscription.  You’re out of luck, right? Wrong.
The premium cable network has recently announced that it will be giving everyone the chance to watch the pilot episodes of the two new shows for free. How, you ask? Well, they’ll be using a little something called ‘The Internet’.

Click Here to Watch HBO’s ‘Veep’, ‘Girls’ and many other shows online…absolutely free!

(see schedule below for availability)

Find and watch free episodes of all your favorite shows online with freecast.com, Your Personal Channel Guide!

I loved both Season 1 and 2 of Game of Thrones.  Aria and Tyrion are my favorite characters.  I can’t wait to see what happens in season 3.  When does that start exactly?
http://davewirth.blogspot.com/2012/03/game-of-thrones-season-2.html
-Frank