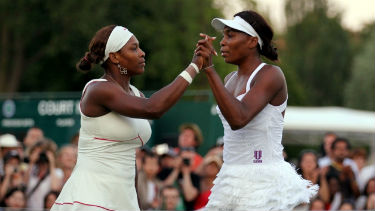 Wimbledon’s tennis courts will be opening for competition yet again, this time for the 2012 Olympic Games. With the exception of Spain’s Rafael Nadal, who recently withdrew from the Olympics, you can watch the world’s best tennis players compete on the biggest stage live online for free when the Olympics begin on Friday, July 27.
FreeCast’s Live Streaming Coverage Guide makes it easy for you to watch every Olympic sport online for free, so don’t waste your time searching all over the internet.

Men’s Singles Preview: As the matches for men’s tennis prepare to get underway in the London Olympics, Roger Federer (Switzerland) is eyeing his first Olympic gold in men’s singles. Federer is the gold medal favorite after winning yet another Wimbledon title this year, while Serbia’s Novak Djokovic and Great Britain’s Andy Murray are also expected to earn medals in men’s singles. Federer will likely benefit from playing at Wimbledon’s again, as he has been won quite a few times on its grass courts.
Women’s Singles Preview: Serena Williams is the gold medal favorite for women’s singles tennis after she won the 2012 Wimbledon title, thanks in large part to her ferocious serve. Victoria Azarenka of Belarus and Germany’s Sabine Lisick, who has the next hardest serve behind Williams, are both capable of reaching the podium as well. Other names to watch out for are Russia’s Maria Sharapova and the US’ Varvara Lepchenko.