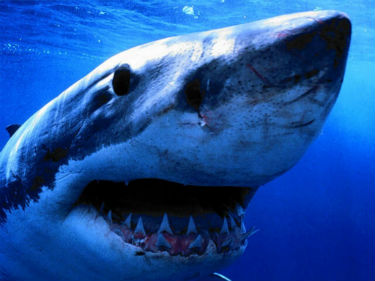 Just when you thought there was nothing else to watch after the 2012 Olympics wrapped up, the Discovery Channel revealed the ‘Shark Week’ lineup, set to premiere on Sunday, August 12 at 9pm ET.
‘Shark Week’ will run until Thursday, August 16 and will be available to watch online for free with the help of FreeCast’s Online Channel Guide.
The ‘Shark Week’ lineup, as always, involves several different segments throughout the week, all of which are completely dedicated to sharks.
There will be hundreds of shark videos to watch, including coverage from the live shark cam at the Georgia Aquarium. You can watch replays of what happened on Discovery for free online as ‘Shark Week’ will be available all week with FreeCast.

The annual ‘Shark Week’ series premiered on July, 17, 1988 and has captivated viewers ever since, many of whom had little or no prior understanding of how sharks operate. ‘Shark Week’ has developed a very strong following over the past few decades and fans eagerly await watching the week-long series dedicated to sharks each year. For all those ‘Shark Week’ fans out there and for those of you who are looking to watch the series for the first time, just know that you can watch ‘Shark Week’ online with FreeCast.
‘Shark Week’ airs just one time each year so you don’t want to miss any of the deep sea action when it’s made available online this week. Be sure to visit FreeCast and watch ‘Shark Week’ online for free, starting on Sunday, August 12 at 9pm ET. We’ll even help direct you to the Live Shark Cam at the Georgia Aquarium.
If you don’t have a television or computer, you can always watch ‘Shark Week’ online for free through your tablet or mobile device. FreeCast’s Online Channel Guide has got you covered for ‘Shark Week’.