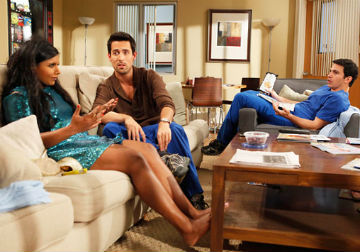 Mindy Kaling, who got her big break playing Kelly Kapoor on ‘The Office’, is now starring in her own brand new comedy series titled ‘The Mindy Project’.

In the series, Kaling plays the lead role of Mindy Lahiri, a single physician trying to transform herself into the perfect woman in the hopes of landing her Prince Charming.

‘The Mindy Project’, which was written by Kaling, also stars Ed Weeks as the good-looking, self-absorbed Jeremy Reed and Chris Messina as Danny Castellano, a hot-head guy’s guy who often steals Lahiri’s patients. Both men share the same practice as Lahiri.

You can even watch episodes of ‘The Mindy Project’ and other shows online for free through your tablet or mobile device.