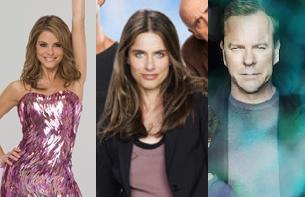 TV fans have a lot to look forward to in the coming week (March 19). With the midseason coming to a close, most networks are transitioning into their spring schedule, which means viewers will have to say goodbye to some of their favorite shows for the now, but the changing of the seasons also brings with it a nice batch of new shows premiering over the next week, including ABC’s ‘Dancing with the Stars’, Fox’s ‘Touch’ and NBC’s ‘Bent’.
Check out our list of recommendations to make sure you don’t miss any this week’s quality programming: