What to Watch on TV This Week: Finales, Finales, and more Finales

What to Watch on TV This Week: Finales, Finales, and more Finales 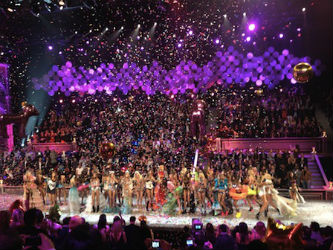 To say that there are a lot of season finales this week would be an understatement. In fact, it’s more like a perfect storm of finales as just about every Spring show is coming to an end for the time being.

Sure, there’s cause for sadness as we wave a temporary goodbye to shows like ‘Smash’ and ’30 Rock’, but their departure means the beginning of the Summer season, and though that usually means a lot of reruns and reality shows, there’s still some quality programming to look forward to in the coming months.

To save time and space, I’m just going to list every show that will be airing its season finale this week in chronological order.

All Times are EST.

If you’re depressed about so many great shows leaving primetime, keep in mind that almost all of the series listed will be coming back for a new season later this year.

Still need to vent your frustration? Well, that’s what the comment box below is for.

free episodesWatchwhat to watch this week